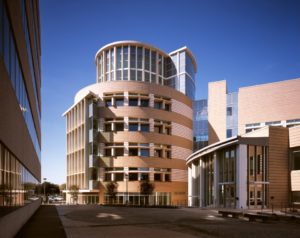 College Station, TX – July 18, 2013 – Texas A&M University, like many universities across the country, has searched many years for an affordable technology to provide mobile reception within the school’s buildings. However, the school has resolved the mobile reception problems at its 40,000 square foot Mitchell Institute building by installing a new type of distributed amplifier system (DAS), provided by INcomm LLC using equipment developed by Zone Access Technologies. The cost of a DAS sold by competitive vendors will typically be more than 100% higher than the cost anINcommDAS.In addition, the INcomm DAS is carrier-neutral, meaning that it will provide in-building reception for all wireless companies including Verizon, AT&T, Sprint, and T-Mobile.

The telecommunications department of Texas A&M conducted testing of the INcomm system’s performance within the Mitchell Institute. Dr. Walt Magnussen, the school’s director of telecommunications said, “Our testing demonstrated that the INcomm system met the design specifications that ensure there is minimal probability of dropping or missing a cellular call. The INcomm DAS was installed in a few days, and unlike a traditional DAS, the INcomm system requires minimal space and can run on power from a typical 120 volt electrical outlet. In our case, to ensure continued service in the event of a prolonged outage, the DAS is fed by our DC electrical system.”
Rich Paul-Hus, president of INcomm, said, “We are delighted to have completed this project for Texas A&M University, which is recognized as a leader in information technology. For example, the school has been at the forefront of the development of Internet2, the next-generation network designed to meet the high-performance demands of U.S. research universities. Texas A&M is the site of the Internet2 Technology Evaluation Center (ITEC) which conducts research relating to Voice over Internet Protocol (VoIP), and the school is playing a key role in the development of an Internet protocol television (IPTV) platform which will be delivered over the Internet2 network.” David Eckmann, general manager of INcomm, added, “INcomm has worked closely with ACUTA, the association to which Texas A&M belongs that connects campus IT professionals with ideas and solutions. Since the tragedy at Virginia Tech, ACUTA has had a deep interest in ensuring ubiquitous mobile reception within college and university campuses. Such incidents have made emergency notification systems a high priority, as they allow messages to be broadcasted to cell phones.”
Menu Call Now Button